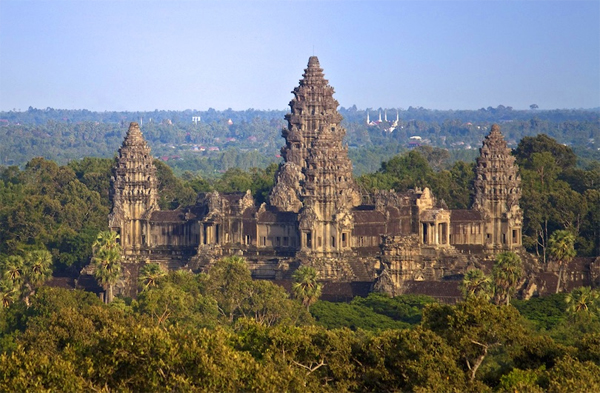 Angkor is a relic located north of Cambodia including Angkor Wat temple huge, with countless Bayon stone statue faces and Ta Prohm, ancient Buddhist temples were clinging by the roots of giant trees. Angkor was the capital of the Khmer from the 9th century to the 14th century with the culture affects many countries in Southeast Asia.

Is where organizations, specialized magazines and famous tourist sites the world evaluate and rank high, Angkor is considered an ideal destination indispensable journey on this land.

Referring to Indonesia, you can not ignore Bali, the most famous island of the country’s 17,000 islands. Bali is famous not only by the variety of marine life, coral reefs colorful but also by the picturesque beauty of the terraced rice fields and Hindu culture deeply imbued. Besides, visitors can relax in the beautiful Kuta beach or watch art performances in Ubud area. 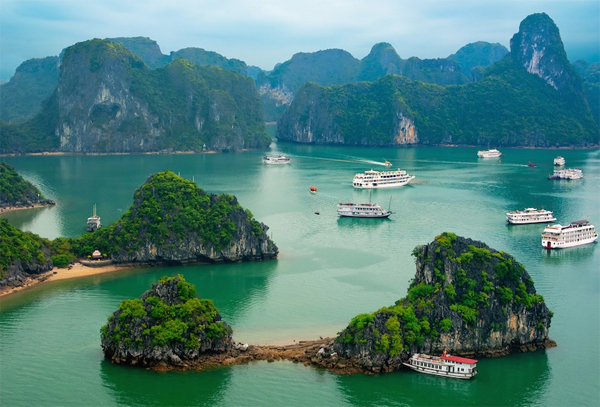 Located in the northeast of Vietnam, Halong Bay is famous for the scenery like fairyland, is made up of thousands of limestone islands with all shapes and different sizes. Guests addition to admire limestone islands can also stroll around the lake sparkling colors in the island. Besides, you remember discovering four fishing villages on the Gulf – the habitat of 200 species of fish and 450 species of molluscs.


From a small trading town in the 15th century, has become the capital Bangkok in Thailand with more than 8 million people live. Coming to Bangkok, travelers can visit the floating markets, where trade in tropical fruits and vegetables and enjoy solid meat on the floating restaurant. Besides sightseeing or shopping snake farm activities is also not to be missed while in the city.

Situated on the banks of the Ayeyarwady River, the ancient capital of Bagan where owns the temple, temple and stupa at most in the world. Landmarks famous Marco Polo was named “City gilded” with more than 13,000 temples were built in the 11th century which, Ananda temple with golden horns still sparkling after thousands of years.

Spectacular beauty of the terraced plots procession on Luzon Ifugao always attract tourists and paparazzi from everywhere. From 2000 years ago, ethnic Ifugao rice terraces planted along the mountain range. In it, the village’s most famous Banaue rice fields heavy with grain. Currently, the Ifugao still use the traditional tool in their farming work.

Located on the island of Java, Yogyakarta, 40 kilometers from the province to the northwest, famous Borobudur temple and is the biggest in the world. The temple was built in the mid-8th century and the reign of the Sailendra 9 with about 2 million stones. However, Borobudur was abandoned mid-century jungle 14. So far there is no answer to this mystery.

Luang Prabang is located at the confluence of the Mekong and Nam Khan River in northern Laos. The former capital of Laos is famous for temples, monasteries and monks image throughout the city to beg. Guests can shop at the old town, visiting pagodas or admire the waterfalls and elephant riding are also interesting options when it comes to this ancient capital.

Beautiful Phi Phi Islands, Krabi Province not far from Phuket. While Ko Phi Phi Don is the only island in the archipelago allowing settlers Ko Phi Phi Leh is known through the movie “The Beach”. Visitors to Phi Phi resort can participate in exciting water activities such as snorkeling, diving and kayaking.

Singapore is located in the south of the Malay Peninsula, 137 kilometers from the equator. Chinese accounted for 75% of the population of this country. In addition to Chinese, Singapore is still common in other languages ​​such as English, Malay and Tamil. Beautiful small country owns many famous attractions such as gardens and nature trails, museums and Buddhist temple prison, zoo, zoo city …