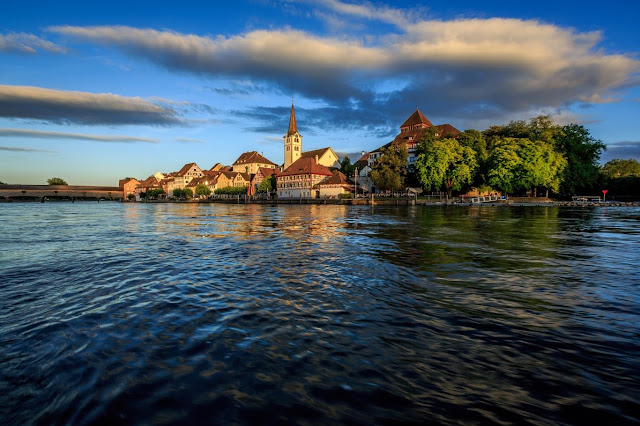 The journey will take you to Germany to see the Black Forest, the ancient cities of Cologne or the stunning beautiful castle-like in the fairy tales. To the Netherlands, visitors will have the opportunity to admire the famous windmill and when you stop in France there will be a day trip to the beautiful city of Strasbourg.

If fishing, kayaking is what is indispensable for your dream holiday, no place can match with the Kenai River. Long runs 132 kilometers west from the Kenai mountains to the Pacific Ocean in Kenai, a wild beauty with crystal-clear blue waters to the bottom. It also considered the “Heaven” of those who love fishing. Here there has been a trout fishing are weighing up to 44 kilogram.

The Yangtze or the Yangtze is the longest river in Asia and ranks third in the world with a length of 6,300 kilometers. This River originates from China’s Western Qinghai province, runs through 10 provinces to the East and then pour out. Not only is known for the huge hydropower potential, this river is also the source of irrigation water and food for the people here. Three Gorges dam the world’s largest power plant is one of the main sights can not miss when arriving here.

Often dubbed “the river of five colors or Rainbow water flow (Liquid Rainbow), a river in the province of Meta Department in Columbia this deserves is one of the most beautiful rivers in the world. Due to the volume of thick algae, from July to November the river always covered with colors from yellow, green, blue, black and red.

Mother Volga River arms hugging the 11 largest cities of Russia along the banks. Thanks to the Great Volga Canal was considered the river connects with the sea A-Dop and the Trai in the South, the Baltic Sea and the White Sea in the North Sea as well as inland lake Caspian Sea it’s pouring down. Russians call the Volga is connects through years ‘sea’. However, in addition to potential economic value, Volga blue water line is also for those who love travel way on river water.

Mekong River originates in the Tibetan plateau, flows through Yunnan province of China, Burma (Myanmar), Laos, Thailand, Cambodia and Vietnam before emptying into the sea. When cruise on the Mekong River, you can see many of the unique landscape. It is these burgeoning cities or the endless rice fields along the river floating markets and ancient temples.
See more: Travel Asia

As a green jewel, the Neretva is one of the cleanest rivers in Europe. The water from its source until around the middle of the river reaches the standard of drinking water. The city of Mostar, the jewel of the country of Bosnia and Herzegovina is a place you can’t miss when visiting the Neretva. Old Bridge, white stone bridge built in the XVI (sixteen) century is typical of this place. People here also have traditionally veered from on this bridge down cold water line of the Neretva River to demonstrate courage and your swimming. 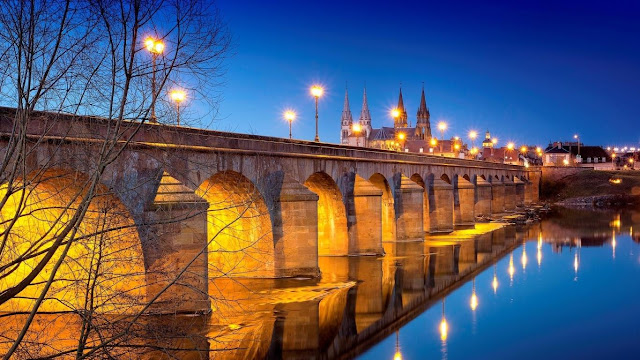 The Loire is the longest river in France. The scenery on the banks of the incredibly romantic with taper trimmed gardens and green hills undulating ripples stretching to the horizon.

The Danube is the second longest river of Europe along the Volga River, Russia. Danube passing through ten countries-Romania, Hungary, Serbia, Germany, Austria, Bulgaria, Slovakia, Croatia, Ukraine and Moldova. A cruise is the many visitors choose when traveling waterways in Europe is the Danube River and Rhine River. This journey takes you to Vienna, to the famous traditional café; Budapest, capital of Hungary; Bratislava, capital of Slovakia or stopping at the foot of the Carpathians for those who love the outdoors.

Chobe River flows through many countries, which each carry different names like Kwando (in Angola), Linyanti (in Botswana). This is one wild and exotic rivers in the world, with a diverse fauna of Africa. Chobe River as a picture with Lakes, Islands, channels and the flooding. Chobe National Park surrounds is also very famous for its herd of elephants, giant forest buffalo.

The Nile flows through more than 10 kilometers to 6.695 long country, where marked oldest civilizations in Egypt. bring a wild beauty but also extremely epic, the Nile is actually an ideal destination. Boating down the River, you’ll have a chance to admire almost all relics on an ancient Egypt.

The most sacred river in India, the Ganges is not only a symbol of spirituality that is also home to millions of people. This River is famous for the world’s most populous region. Be bathed in the River Ganges is honored to be purified of Muslims. The Ganges originates from the Western Himalayas, flows South-East through Bangladesh and flows into the Bay.